skip to main | skip to sidebar

Sorry I've been absent so much this summer. Hopefully this recipe will help make up for it. 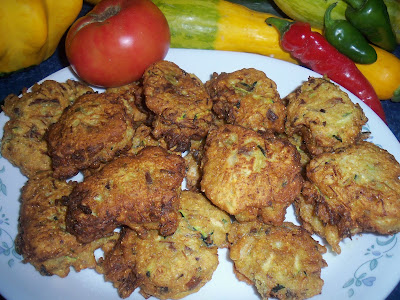 Fry in one inch of hot oil turning once until golden brown. Salt lightly after removing from oil.
Posted by Unknown No comments:

Fun At The County Fair

I can hardly believe that it's been over two weeks since I last posted. It seems I get going on a good posting streak and then life gets busy again. 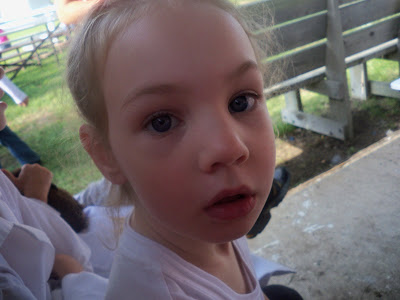 We spent all of last week at the county fair. I've been a 4H leader for the last two years and my oldest daughter has been a 4H member for the last four years. It's been a lot of fun for us, and the kids (even the younger ones) have learned a lot about their animals though the fair.

Sunday is spent getting animals checked into the fair and put in their pens and cages. Rabbits and goats are pretty easy. The barn superintendents simply look over the animals to be sure there is no obvious sign of illness. Chickens, however, are a little more time consuming. They all need to be tested before then can be put in the barn. We waited almost three hours. 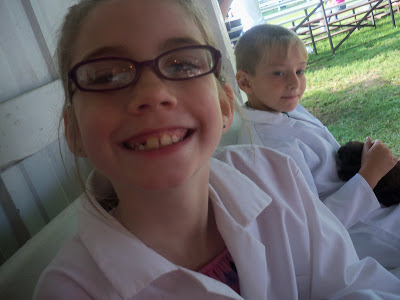 Then on Monday the fun begins. Rabbits and poultry happen at the same time. So kids have to run back and forth between the two barns and hope that they don't miss their turn for showmanship.Even Megan was able to do showmanship. The fair has what they call a "Tykes and Toddlers" division for 3-5 year olds. Megan was excited to show a rabbit and a chicken. The last two years we have let her use her sisters show animals.

Next year Braden will be showing in Tykes and Toddlers as well, so we will have to have at least two animals trained for showmanship in each species.
Here are the girls with their Rabbits and Chickens: 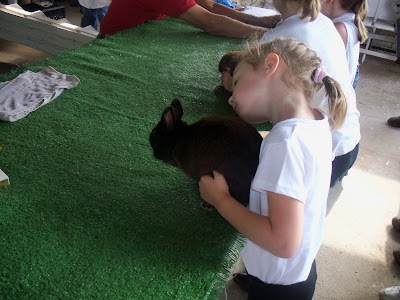 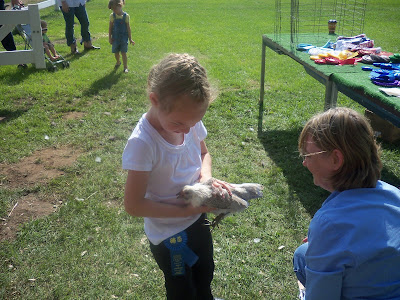 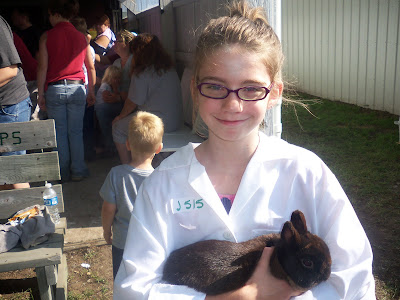 In exciting poultry news, the breeding pair of easter egger bantams that Jade chose to take to the fair won "Best In Show" in the poultry barn. She got a trophy and a $50 savings bond. That was a wonderful thing.

As for showmanship, it wasn't Jade's best year. She did realize that it was her own fault though and is now determined to spend more time with her animals so that she can do better next year. It really makes me proud that rather than being discouraged, she has instead learned that she has to work harder for what she wants.

Tuesday is the goat day. Again, both girls were able to show goats: 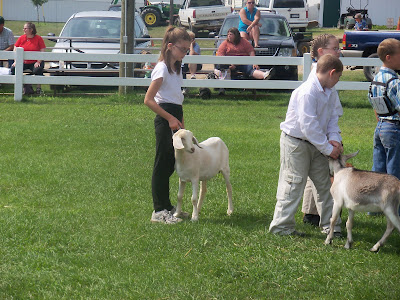 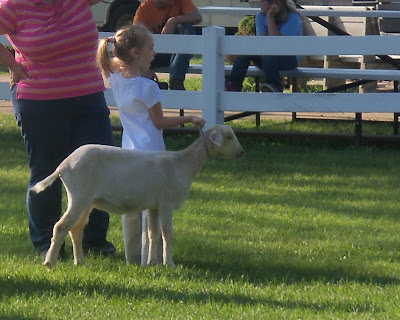 And of course no week at the fair would be complete without rides. 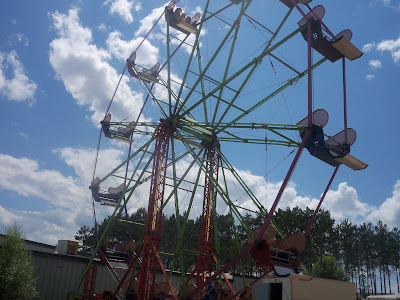 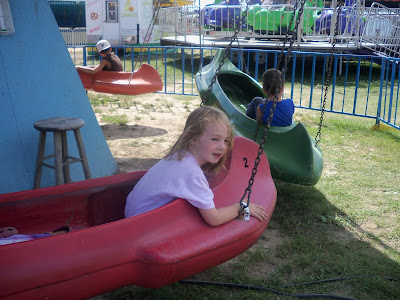 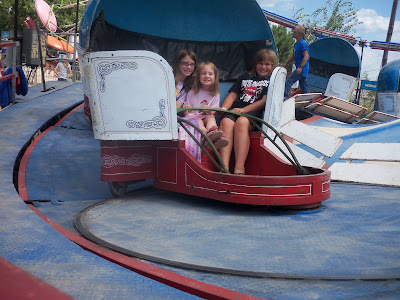 Overall it was a good week. Now we just have to rest up for next year.
Posted by Unknown No comments: